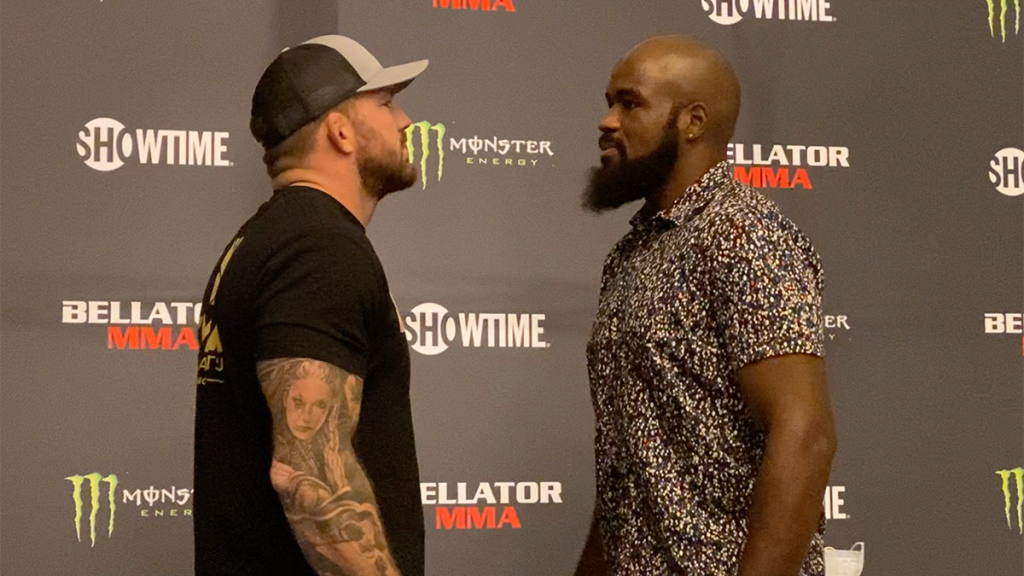 MMA Junkie analyst Dan Tom breaks down the Bellator’s top bouts. Today, we look at the co-main event for Bellator 268. 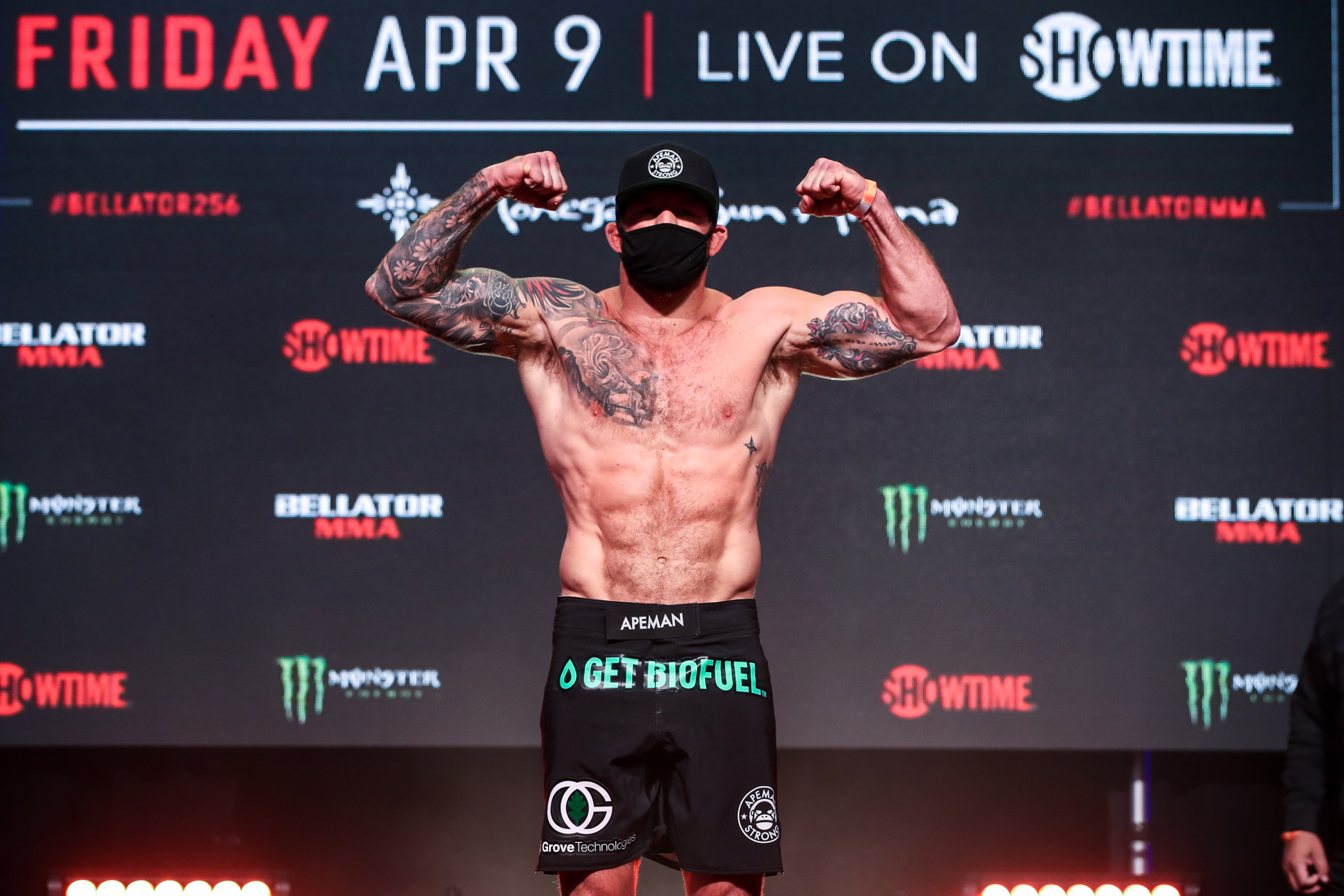 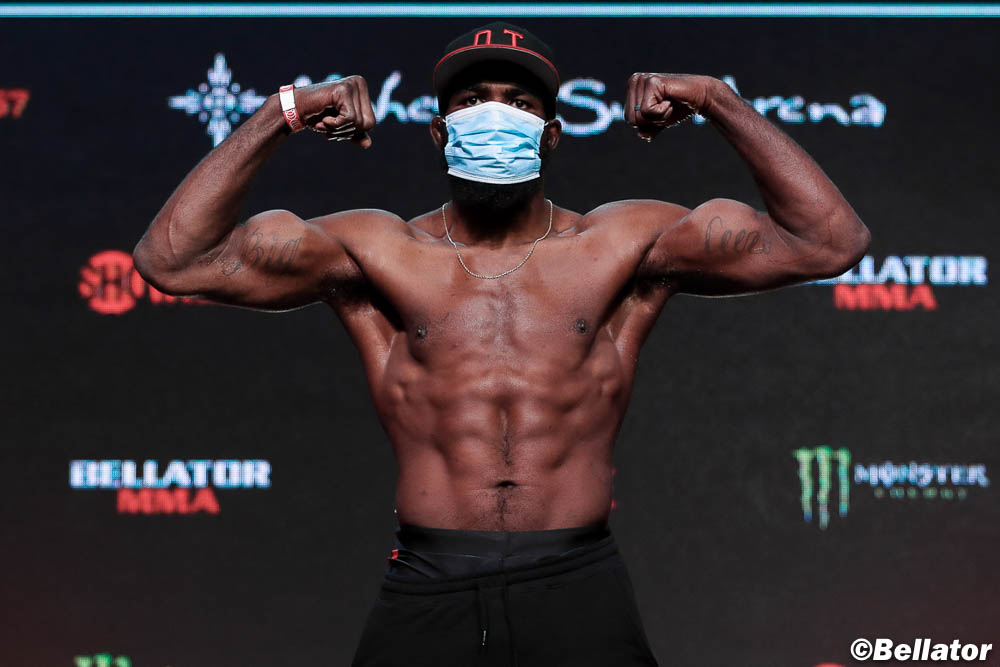 Point of interest: Sticking and moving 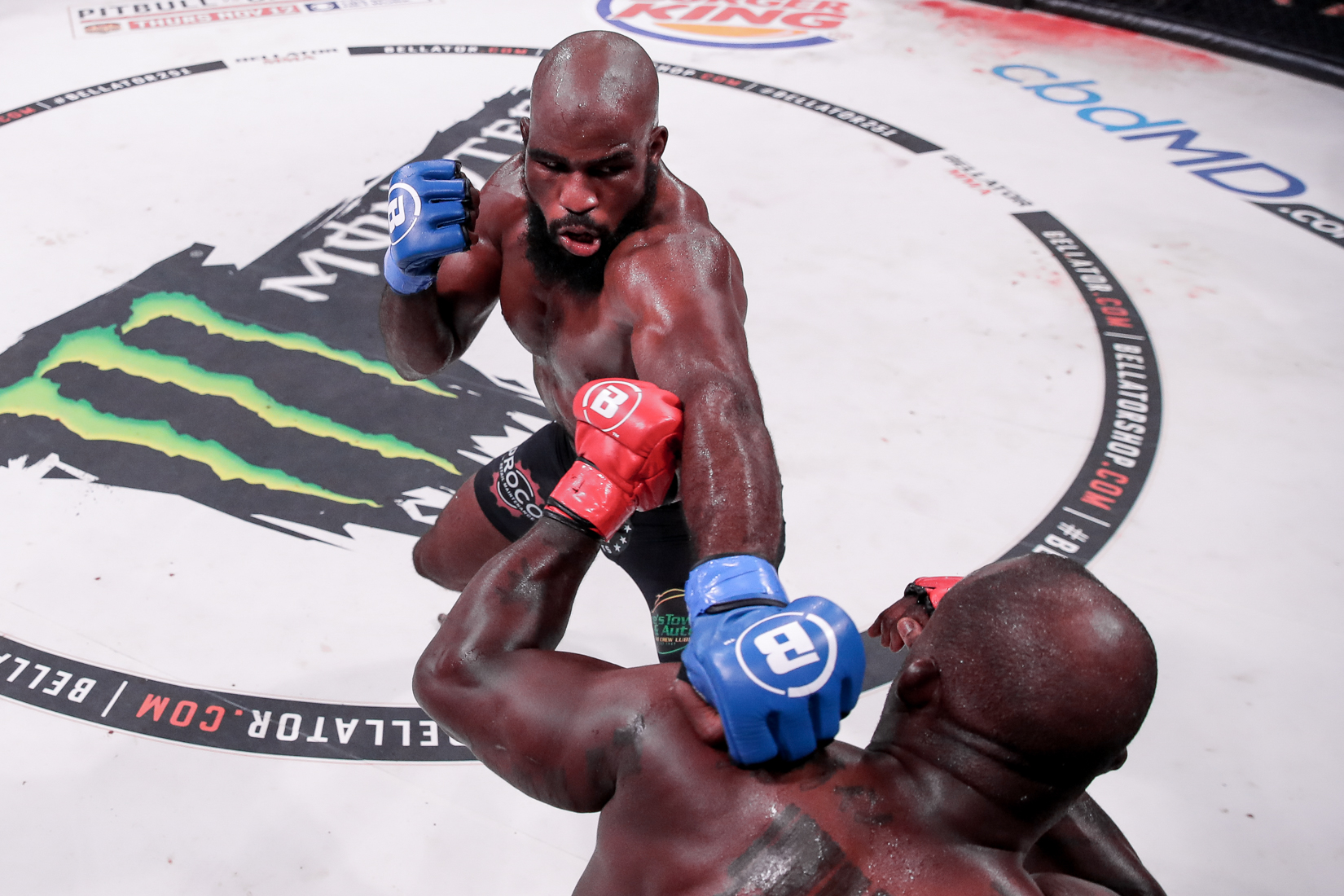 The co-main event for Bellator 268 features another installment of the light heavyweight grand prix between two former wrestlers who may be looking to stick and move their way past the semis.

A fighter who is steadily figuring out how to stoke his own fire, Corey Anderson brings a suffocating pressure that is palpable through many facets of his game.

Finding a balance between sticking and moving, Anderson achieves his desired cooking temperatures through a high-output approach of striking volume and transitional takedown threats. Using this rinse-wash-and-repeat method, Anderson will steadily tenderize his opposition without letting off the gas.

Even though Anderson’s striking volume has won him many rounds in the cage, his transition game is what ultimately glues everything together. Similar to his stablemate, Frankie Edgar, Anderson mixes in volume and variety to keep his opposition behind the 8-ball.

However, despite Anderson displaying much meaner offensive wherewithal to go along with better head movement and overall boxing technique, he still opens himself up to undesirable traffic due to the nature of the numbers he puts up.

For that reason, Anderson will have to respect what’s coming back at him this Saturday.

With a focus on opening up Bader’s hips and stance, the two-time All-American wrestler has shown to more fluidly hit and move while stringing his strikes together.

Quietly developing an active and accurate left hand, Bader has been able to bludgeon the eyes of both Phil Davis and Rashad Evans with jabs, as well as drop Fedor Emelianenko and Muhammed Lawal with authoritative left hooks en route to winning the promotion’s heavyweight grand prix. Anderson has been put out by left-sided attacks before, which is something that could bode well for Bader. 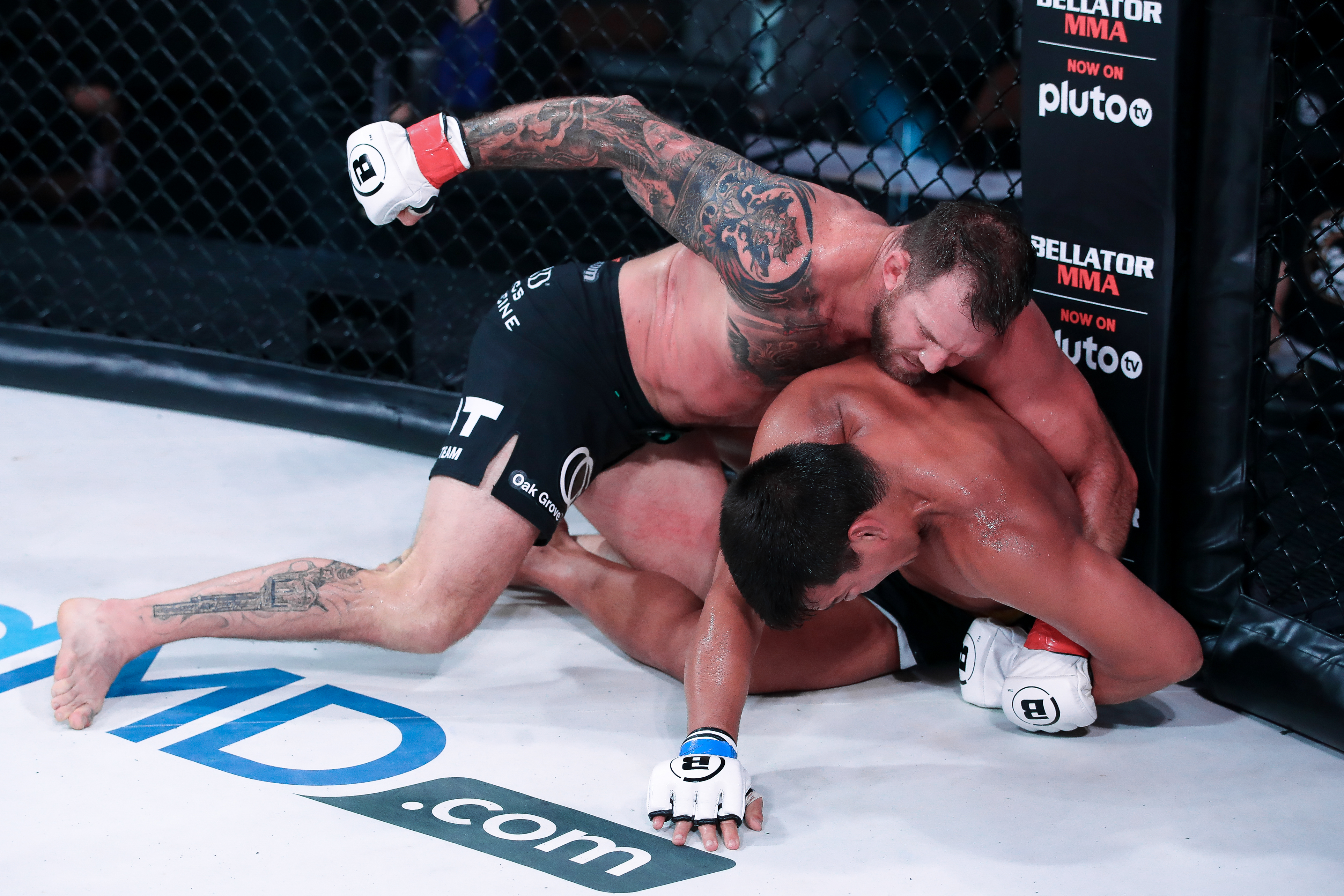 Considering that takedown threats are a sizeable part of each man’s game, I will be curious to see who wins the wrestling exchanges.

Anderson, who is an effective transitional wrestler in the open, tends to chain takedowns very well from the cage and has only improved on his ability to make his opposition work in said space.

Not only is Anderson able to ground his opponents consistently (as he was the former takedown leader at light heavyweight in the UFC), but “The Ultimate Fighter” winner has also done a better job at keeping them down, a problem that had been a persistent theme when looking closely at earlier fights. Anderson always displayed a solid understanding of levers and wrist-rides as he would actively pick off his opposition’s posts, but his eagerness to apply his high-volume offense would often allow for openings to stand.

Noting this issue, Anderson showed to adjust his approach over the years, utilizing heavy shoulder pressure to keep positions, as well as implementing safer rides to get damage off from a three-quarter mount. That said, Anderson will be up against one of the best wrestlers in this division worldwide.

A Pac-10 champion who carries a takedown defense rating in MMA that’s north of 80 percent, Bader (outside of combustions opposite Jon Jones and Anthony Johnson) has been able to dictate the wrestling warfare that takes place in his fights.

Bader has an explosive power double-leg takedown that he always keeps in his back pocket and is more than capable of scoring or reversing from the clinch (as the American is not beyond hitting hip tosses of his own). Bader’s collegiate wrestling base also translates nicely to MMA in regards to control.

An excellent positional player, Bader likes to earn control time through punishing rides that allow him to put on beatings that make some opponents look like a video game character whose operator momentarily stepped away from the controller.

Utilizing cross-wrist rides (or “Dagestani handcuffs”) to secure UFC wins well before Khabib Nurmagomedov was popularizing these techniques inside of the octagon, Bader has been quietly continuing to sharpen his ground game under the care of fourth-degree Brazilian jiu-jitsu black belt Jair Lourenco, who recently awarded the American with his black belt.

Although takedowns on either side wouldn’t surprise me, I ultimately suspect that the grappling stanzas will remain short so long as both men are sober.

Point of interest: Odds and opinions

The oddsmakers are siding with the younger fighter, listing Anderson -172 and Bader +140 as of this writing.

Despite initially having a gut reaction to seeing the more credentialed man open as an underdog, I can understand the betting spread listed above. Bader may be the more accomplished party on paper, but his stylistic advantages are arguably stymied against the likes of a high-output fighter who can wrestle.

Unless Bader is able to get Anderson off his game early with a stinging left hand or something big, then I suspect that “Overtime’s” trend of rolling against fellow wrestlers continues here. Anderson’s balance and defensive wherewithal should keep him afloat in wrestling exchanges, while I see his increased incorporation of kicks serving him well down the stretch.