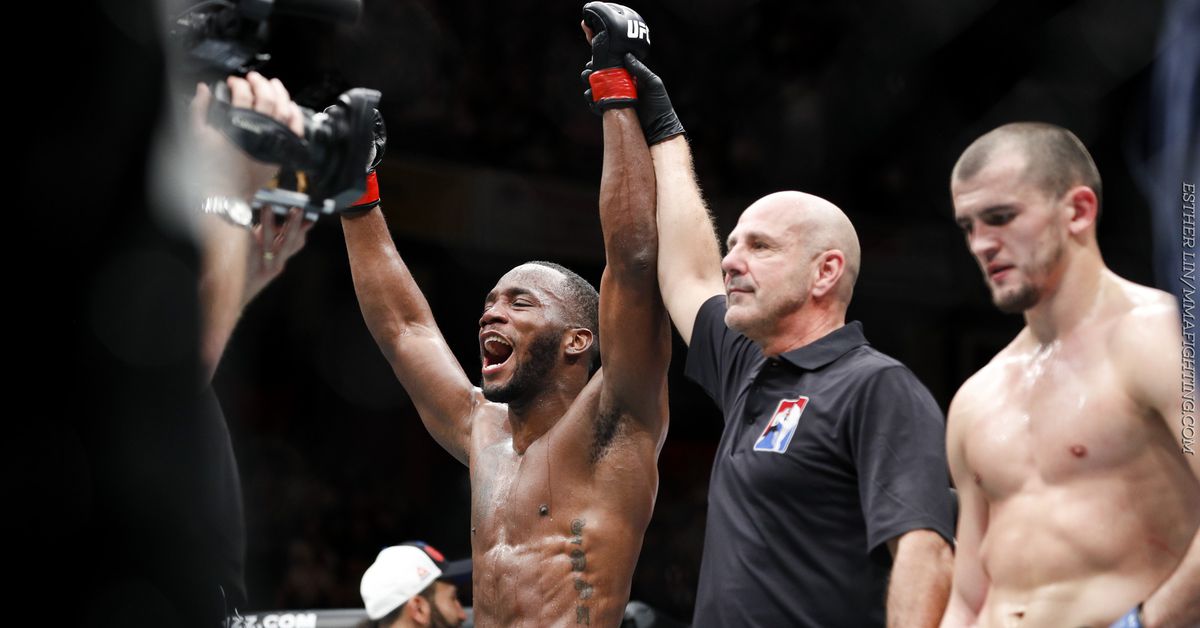 The oddsmakers like Leon Edwards’ chances of getting even with Jorge Masvidal.

Thirty months after their confrontation at a UFC event in London—which spawned Masvidal’s “three-piece and a soda” catchphrase after he caught Edwards with a few punches backstage at The O2 Arena—the welterweight contenders are targeted to face off at UFC 269 on Dec. 11.

Though Masvidal has often crowed about getting the better of Edwards, oddsmakers at SportsBetting.ag currently favor Edwards to win a sanctioned bout. As of now, Edwards is a -210 favorite, but opened as high as -275, while Masvidal is now at +180 after opening as a +235 underdog. This suggests that early action has been coming in for Masvidal.

Edwards—the No. 4-ranked welterweight in MMA Fighting’s Global Rankings—is unbeaten in his past 10 contests and hasn’t lost a fight since dropping a unanimous decision to future UFC champion Kamaru Usman in December 2015. At UFC 263 this past June, Edwards bounced back from a disappointing no contest against Belal Muhammad to defeat Nate Diaz on points.

Masvidal, No. 8, is coming off of back-to-back championship bouts against Usman. “Gamebred” recently emerged as a star with a 2019 campaign that featured memorable wins over Darren Till, Ben Askren, and Nate Diaz, the latter of which earned Masvidal the “BMF” championship. However, he twice failed to wrest the welterweight title from Usman, losing a decision at UFC 251 and then losing via knockout at UFC 261.

See the current Edwards vs. Masvidal odds below:

Should Leon Edwards be a 2-to-1 favorite over Jorge Masvidal?