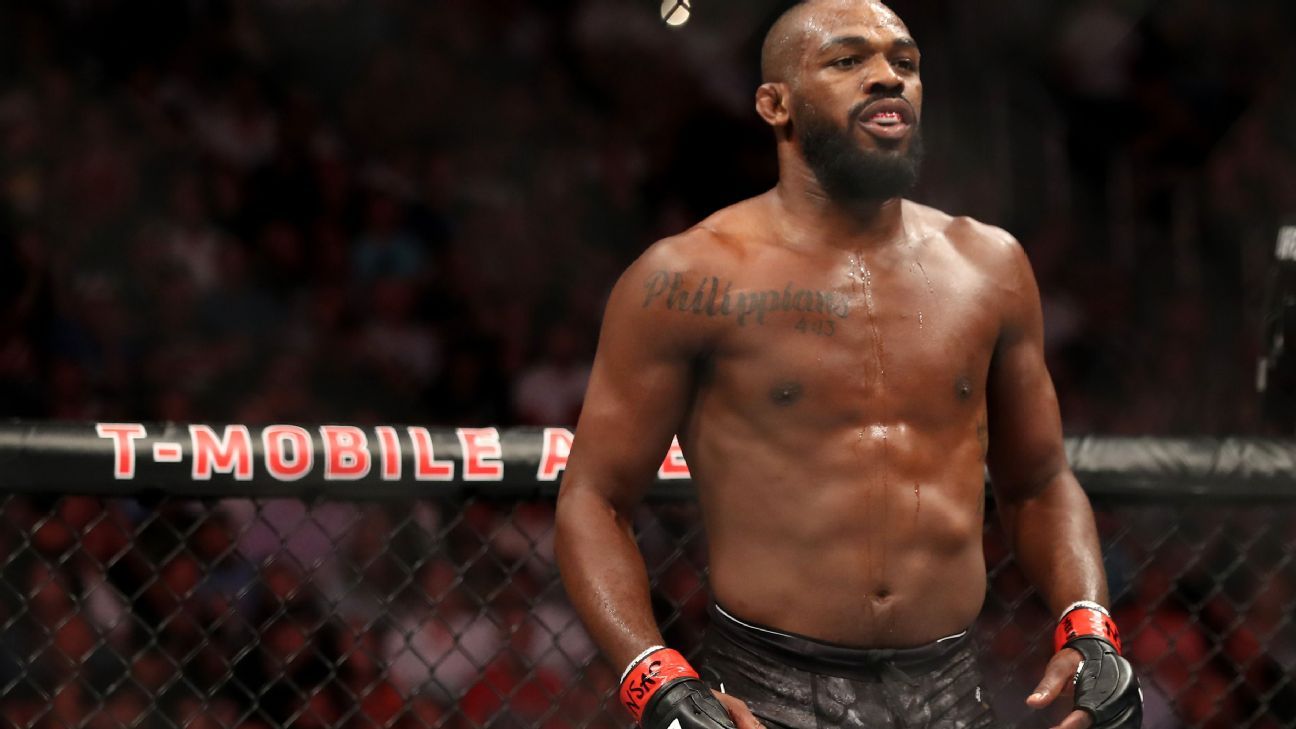 LAS VEGAS — UFC star Jon Jones was arrested Friday morning by the Las Vegas Metropolitan Police Department, just hours after a past UFC fight of his was inducted into the UFC Hall of Fame.

Jones is being charged with misdemeanor battery domestic violence and injuring or tampering with a vehicle, Officer Larry Hadfield of the Las Vegas Metro PD told ESPN. He is currently being held at Clark County Detention Center, per online inmate records. His total bail is $8,000, but Jones is on a 12-hour hold, per records.

Jones was arrested at 5:45 a.m. Friday at a resort near Las Vegas Boulevard and Flamingo Road, Hadfield said. The UFC did not immediately respond to a request for comment.

Jones adviser Richard Schaefer told ESPN’s Mike Coppinger, “The facts are still developing, we really don’t know yet the full story so I’m not going to make any comment until I have a chance to talk to Jon and until we see see how this plays out.”

Jones, 34, is regarded as perhaps the best UFC fighter of all time. He held the UFC title for the better part of nine years and has never truly been beaten in the cage. His only career loss was via controversial disqualification. But the Albuquerque, New Mexico, native has been in trouble several times outside of the Octagon, including a felony hit-and-run arrest and two failed drug tests.

Jones has been bulking up for a return at heavyweight, wanting to add that title to his collection. He told ESPN on Thursday night before the UFC Hall of Fame ceremony that he weighed 255 pounds and was looking to bulk to 270 for his heavyweight debut. Jones’ 2013 fight with Alexander Gustafsson was inducted into the Hall of Fame on Thursday night during a ceremony at Park MGM.

With injury struggles behind him, Julian Marquez ‘on top of the world’ ahead of UFC Fight Night 195
UFC 267: Blachowicz vs Teixeira – A Stacked Card | Official Trailer
Francis Ngannou slams UFC over campaign to ‘discredit’ and ‘pressure’ him to sign a long-term extension
Luke Rockhold Injures Back, Out Of Sean Strickland Fight
Mark Slyter sees a lot of holes in Shamrock FC 332 opponent Garrett Armfield’s game