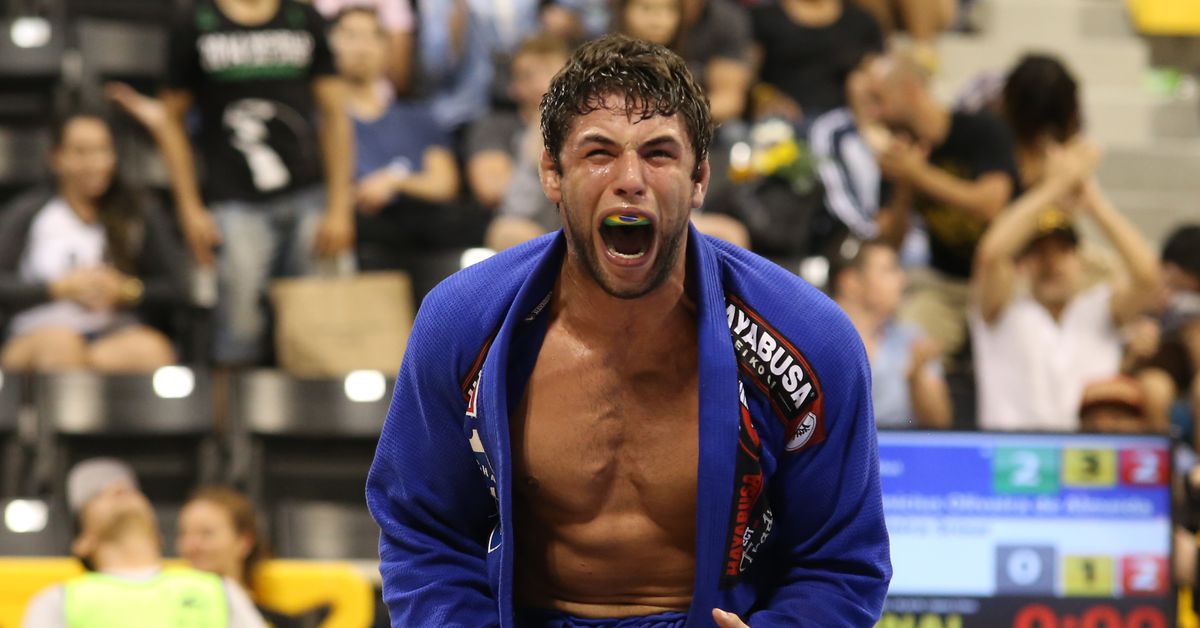 One of the most anticipated MMA debuts in the history of the Brazilian jiu-jitsu community goes down Friday in Singapore when 13-time world champion grappler and two-time ADCC gold medalist Marcus Almeida enters the cage for the first time at ONE Championship.

Speaking on the latest episode of MMA Fighting’s Portuguese-language podcast Trocação Franca, Almeida revealed that he started planning the jump to MMA in 2013, and trained with the likes of Cain Velasquez, Daniel Cormier, and Luke Rockhold at AKA, but a knee injury suffered during the 2015 IBJJF World Championship forced him to postpone the idea.

Almeida’s long recovery culminated in winning double gold in 2016, however conversations with “major promotions” in MMA left him dissatisfied.

“I was treated like anyone else, like another one,” said the jiu-jitsu superstar. “I’m not just someone else, right? For everything I’ve done in the sport, I must have more recognition. That let me down a lot at the time.

Almeida decided to continue collecting titles to eventually break Roger Gracie’s record. With 13 golds and his name on the Guinness Book by 2019, “it was time” to finally leave jiu-jitsu for MMA.

“I was like, ‘You know what, my life won’t change if I win one or two more world [titles], so it’s time,’” he said. “I’ve proven what I had to prove. It’s time to prove something to myself now.”

The jiu-jitsu icon spent a long time training at AKA and Kings MMA before deciding to call ATT his home in Florida, and worked with his longtime friend Antonio Carlos Junior and several other jiu-jitsu black belts on a daily basis.

“Buchecha” admits he questioned his own grappling skills over the course of the eight-year transition.

“The first four months were a shock,” Almeida said. “It’s a whole other sport. I saw that my jiu-jitsu didn’t work, ‘my jiu-jitsu sucks,’ but it’s just different. Jiu-jitsu guys think they’ll come in and take people down and catch them, but they won’t. It’s different.

Getting used to eating punches to the face was also something new for an athlete who competed his entire life under grappling rules, but Almeida “started liking it” after some time, and how it showed that he “really had heart.”

“It was tough at first, but now I’m adapting better,” he said. “I still have a lot to get better at, of course, but I did better than I expected. I remember having headaches after every sparring session and everybody saying it was normal. They would throw 11 punches and land 12 in the beginning [laughs], it was hard to escape. I got hit a lot, had headaches after every sparring, but started getting better with [managing] the distance and getting hit less, so I don’t feel that anymore.

“That’s something I said, ‘If I’m still feeling like that after the first year, my career is over. I won’t compete anymore, I won’t try.’ It was some concern I had at first, but it ended quickly.”

Inspired by the likes of Demian Maia, Ronaldo Souza, Fabricio Werdum, Charles Oliveira, Rodolfo Vieira, Gilbert Burns, and the aforementioned Carlos Junior, Almeida says he won’t set longterm goals in MMA until getting through his debut.

“Buchecha” was originally expected to face “Reug Reug” Oumar Kane in April but ended up matched against Silva after cancelled bouts with Ji Won Kang and Thomas Narmo.

“Braddock” Silva, a former The Ultimate Fighter contestant, is 3-1 in MMA. He also holds a 44-19-1-1 record in kickboxing with 29 knockout victories, including wins over the likes of Sergei Kharitonov (twice), Remy Bonjasky, Stefan Leko, Rodney Glunder, and Guto Inocente.

“Every fight is hard, especially the first one and at heavyweight,” said Almeida. “Any mistake can be fatal. The first [opponent] was a grappler, and then a southpaw striker, and then a very tall opponent, and now a very experienced striker. Every fight had its level of difficulty. It was never an easy fight, it remains difficult, so I’ll continue to be as alert and careful as I was before.”