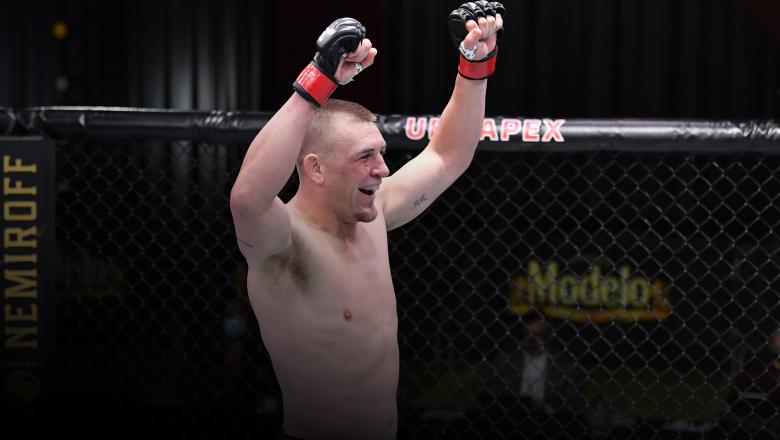 “I’ve been through it to get to it,” he said. “I tell the guys in the gym all the time, I hit the scene pretty quick right after turning pro. I got to the UFC and then getting cut so fast, I realized looking back that this whole time has been a journey I’ve come to enjoy. I really do enjoy it and I’ve been through it all, so I’m ready for anything and everything.”

That means not just the best light heavyweights the UFC can throw at him, but the teammates he has to battle it out with every Friday at the Factory X gym in Englewood, Colorado.

“It just sets the tone,” said Jacoby of the sparring matches growing in legend with each passing week thanks to the fight night atmosphere head coach Marc Montoya wants for the team members getting ready for battle. “Visualization is a big key to anybody’s success, but it especially helps the younger guys with the emotions that they’re feeling and the nerves they’re feeling, because sparring day, it is a different day of practice. Everybody’s a little bit more nervous. Me, as a veteran, I’ve been through it so many times, and the biggest thing to me is being able to see it happen before it happens. And then when it comes fight night, when I’m walking out, it’s like I’ve done this walk for seven, eight straight weeks leading up to this one moment. I know I’m prepared.”

Adding to the routine of training not just hard, but smart, the Factory X squad also has its own book club. No, the current favorites of Oprah or Reese Witherspoon aren’t on the menu, but for the athletes participating, the books selected are page turners of another sort.