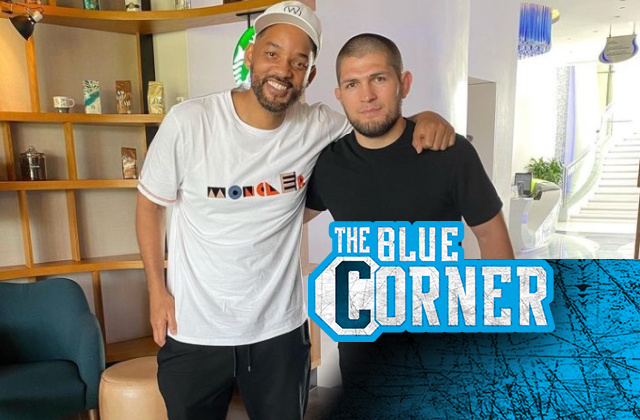 Social media has become a significant part of the sporting landscape. But few, if any, professional sports match the level of interaction and personal access provided by MMA.

In an individual competition in which nearly every athlete is chasing the same goal of financial success and championship glory, it’s important for fighters to provide insight into their lives in order to connect with fans and gain followings.

Although the life of a fighter often can be mundane and repetitive, there still are moments of interest that take place outside the cage, ring or training room. Here are some of the most interesting of those occurrences from the past week.

‘The Eagle’ and ‘The Fresh Prince’

The Blue Corner is MMA Junkie’s blog space. We don’t take it overly serious, and neither should you. If you come complaining to us that something you read here is not hard-hitting news, expect to have the previous sentence repeated in ALL CAPS.

Khabib’s ‘Brother’ Joins ONE Championship
Corey Anderson: I Made More Money In Two Bellator Fights Than UFC Career
Leon Edwards will become rich after fighting Jorge Masvidal at UFC 269, UFC 269 title bout postponed
Randy Brown Is Out To Put A Show On For His Dad
Julius Anglickas sees Fedor-esque mystique in Vadim Nemkov ahead of their Bellator 268 title fight