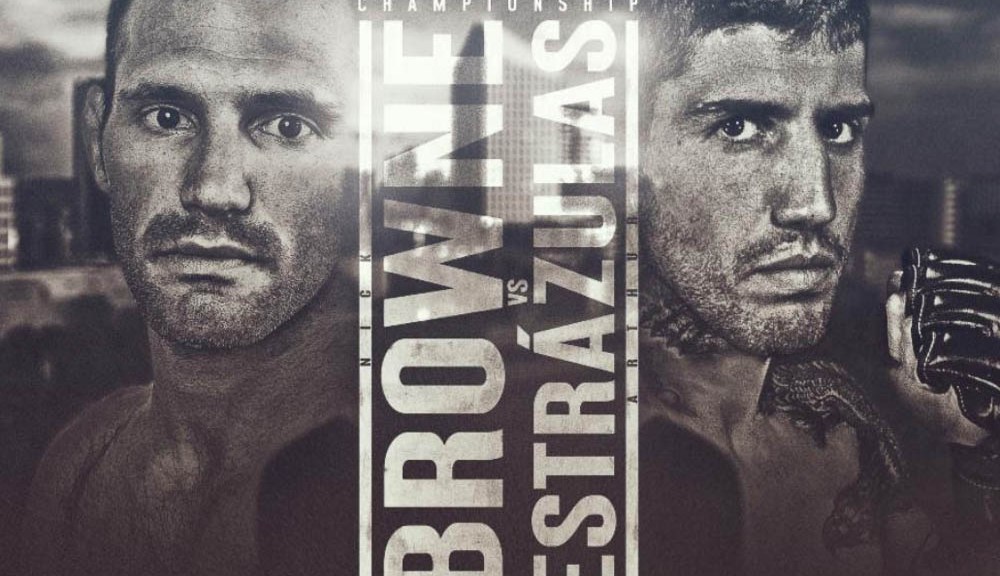 LFA returns to Kansas to kick off its 2021 schedule, and the promotion’s vacant lightweight title will be on the line.

Promotion officials recently announced that Nick Browne (10-1) and Arthur Estrazulas (12-4) will meet in a rescheduled headliner for LFA 97, which streams live on UFC Fight Pass on Jan. 15 from Hartman Arena in Park City, Kan.

The two were originally slated to meet at November’s LFA 95 event but was postponed due to pre-fight COVID testing procedures implemented before the event.

“I am excited to announce that we are kicking off UFC Fight Pass’ busy 2021 schedule with a stacked fight card at LFA 97,” LFA CEO Ed Soares stated. “Nick Browne and Arthur Estrazulas were originally scheduled to fight for the LFA lightweight championship at LFA 95, but with the safety of our fighters in mind during fight week, their title fight was rescheduled to headline LFA 97.

“Browne and Estrazulas are Brazilian jiu-jitsu black belts that also love to strike. They will fight for the vacant LFA lightweight title on Jan. 15, which will be the first live event on UFC Fight Pass in the new year.”

Browne makes his third consecutive appearance under the LFA banner. In his past two outings, he notched a decision win over grappling ace Ben Egli and a submission of four-time LFA veteran Trey Ogden.

Meanwhile, Estrazulas’ past two appearances were also under the LFA banner, a pair of first-round rear-naked choke wins over Dominic Clark and Steve Kozola.

UFC’s Matt Brown says he’s ‘totally fine’ after COVID-19 bout, ‘never felt it necessary’ to get vaccinated
Julianna Peña Was Told ‘They’re All On Steroids’ At ATT By Gym Owner
Colby Covington open to a fight with ‘joke’ and ‘handout generation’ fighter Khamzat Chimaev
Cris Cyborg: Kayla Harrison copying Ronda Rousey by ‘saying my name so people know who she is’
Who should Conor McGregor fight next?